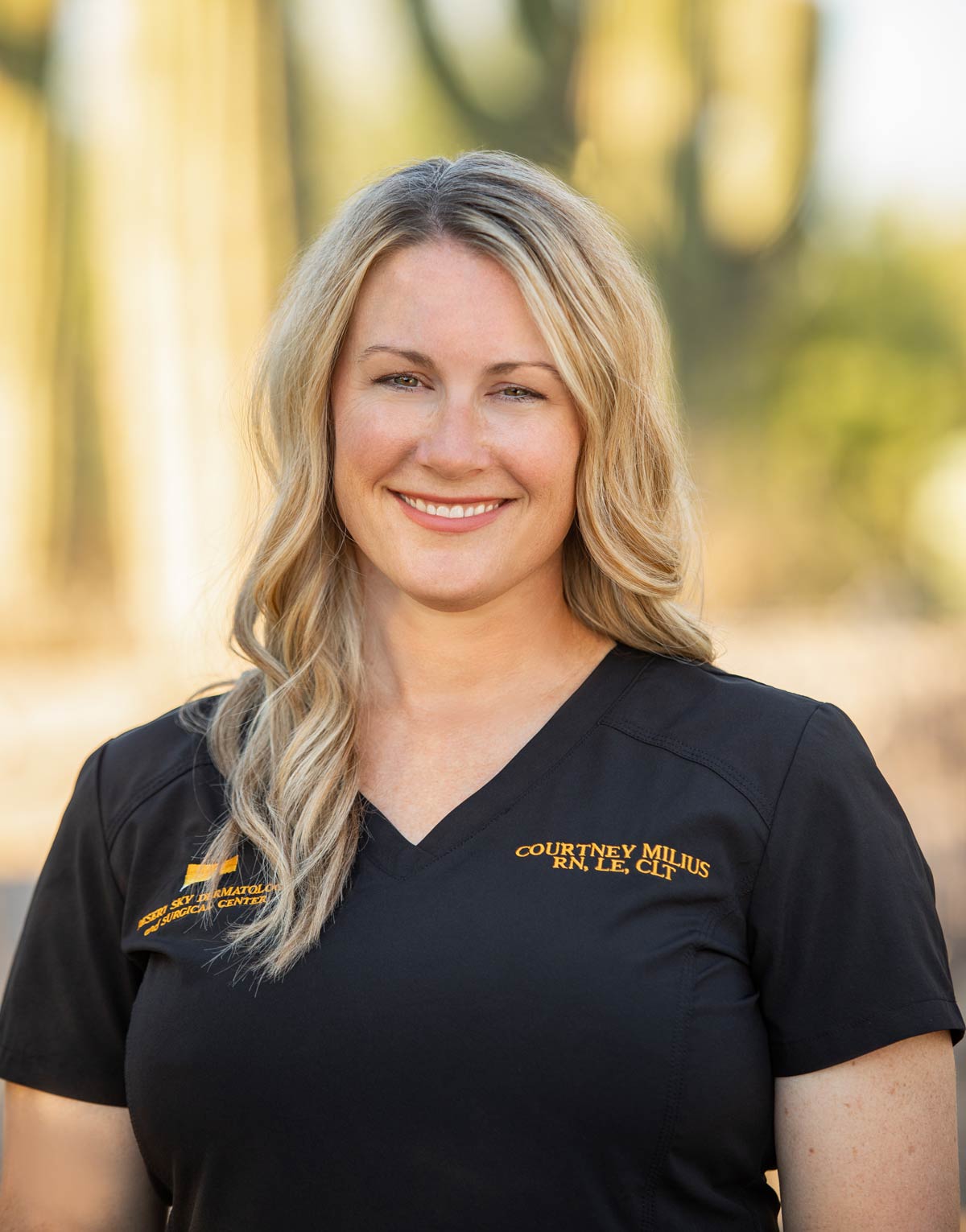 Courtney is a native of Arizona. She received her Associates Degree in Nursing from Mesa Community College in 1997. Courtney worked as a Neonatal ICU nurse at St. Joseph’s Hospital in Phoenix AZ, Desert Samaritan Medical Center in Mesa AZ, and Good Samaritan Hospital in Downers Grove IL for over 13 years. Courtney took a break from her nursing career in 2009 to stay at home with her five children. She recently returned to nursing in 2020.

Having always had a love and interest in skincare and aesthetics, Courtney continued her education and graduated from Southwest Institute of Natural Aesthetics in 2020 completing both their aesthetics and laser programs.

Now scheduling appointments at our new Mesa office! Contact us today to find out how Desert Sky Dermatology can help you with many of your skincare needs!
Contact Us